Born in the Seventies, La Libreria del Mare was shaped inside an ancient grocery store in the heart of Milan. The location still keeps the charm of historical shops, thanks to the preservation of the antique cherry wood furniture and ancient ceilings. In addition, the ground floor structure looks like the old galleon bridges, with a bow and stern castle!

ABOUT US: THE ORIGINS

The rest of the bookstore was originally furnished with easels, wooden boards and blue clothes; the basement, on the contrary, was the result of the building’s old cellars’ recovery… A bare environment, with crumbling walls and a lot of humidity.

In those days the editorial offer wasn’t very wide; consequently, the bookstore had a small sitting room and a huge aquarium of over 1000 liters. Fortunately, in the following years the number of available publications enormously increased and, unfortunately, we had to remove those spaces.

ABOUT US: THE EIGHTIES AND NINETIES

After various managements, in the early Eighties Piera Casari began to shape the bookstore as you see it today! For the ground floor, in fact, she commissioned the new wooden furniture’s craftsmanship, in line with the style of the shop; for the basement she chose to tile and isolate the old cellars with a clever system of double walls and vaulted false ceilings.

Between the old and the new millennium, La Libreria del Mare expanded the range of books and other products for sale year after year. Furthermore, it promoted the sea culture not only in Milan, but in Genoa too! In fact, the Boat Show hosted several times the bookstore’s stand, center of interest for all enthusiasts. Finally, the creation of the website with a customized e-commerce opened our shop’s doors even beyond national borders! 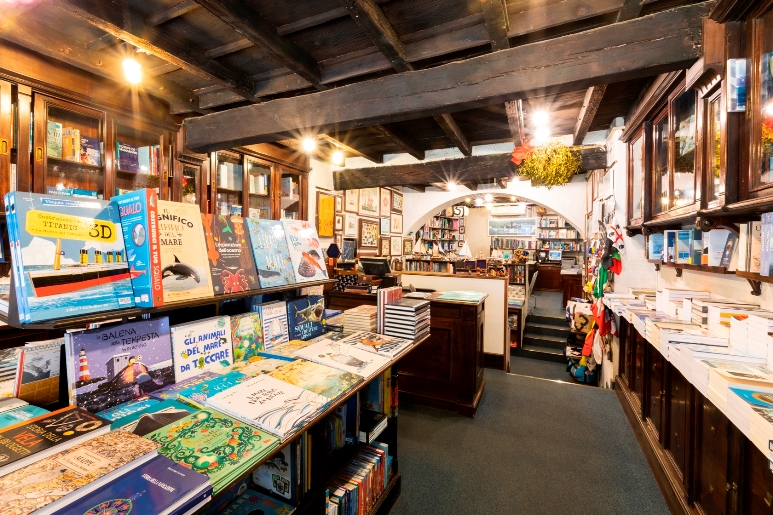 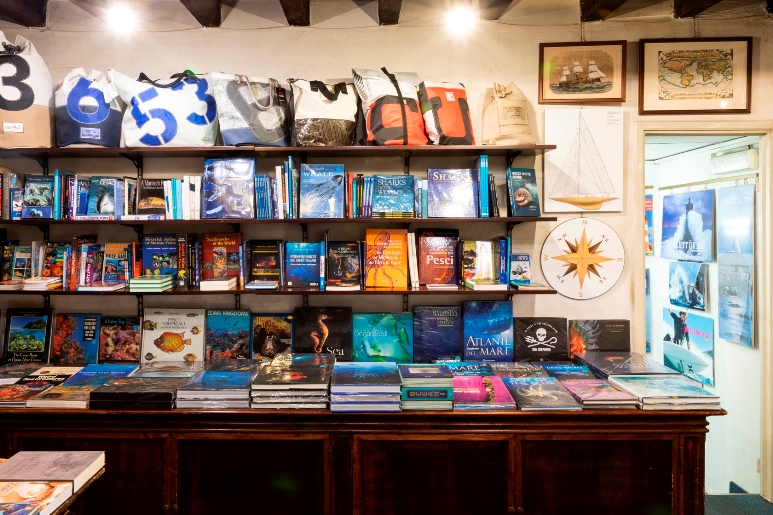 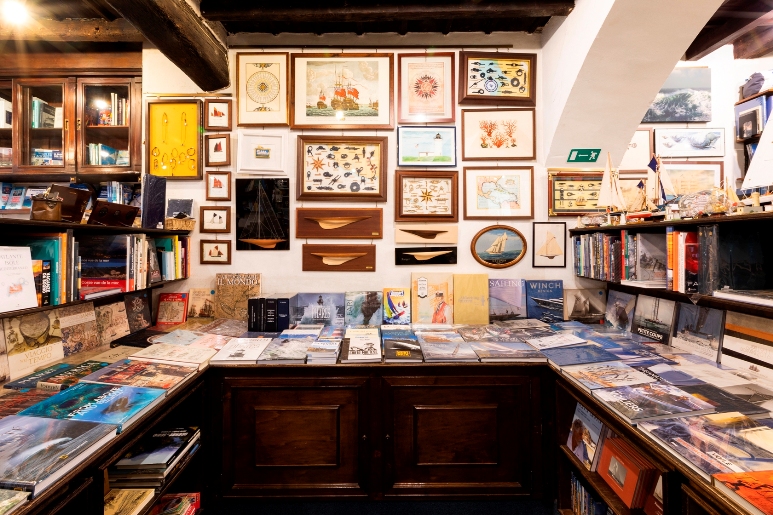 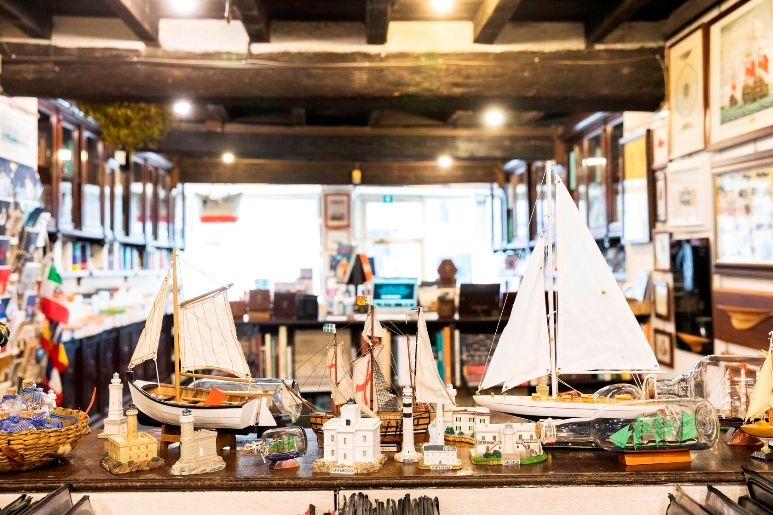 ABOUT US: THE NEW MILLENNIUM

In 2017 Simona and Alessandro – Piera’s historical employees – entered into the company and the bookstore further increased its commitment for the seafaring culture disclosure.

Today, at La Libreria del Mare you can meet the most established authors in the sector and also some emerging ones. Among our guests we mention Bjorn Larsson, Elisabetta Eordegh and Carlo Auriemma, Simone Perotti, Giovanni Soldini and Davide Besana. But also Claudio Di Manao, Giovanni Malquori, Bruno Cianci, Marianna De Micheli and many others!

In addition, the bookshop started several collaborations with public and private institutions in the area, including BookCity Milano and the Milan Municipality‘s initiative “I giovedì in libreria”. Without forgetting, however, the Ocean Film Festival Italia and Urban Blue City Milano.

In 2019 the total website and e-commerce renovation officially brought the bookstore into the New Millennium! In addition, the creation of our “Sea Blog” offered new vitality to a project that lasted for almost half a century.

Thanks to the work done over the decades, La Libreria del Mare boasts an extraordinary section dedicated to pilot books and nautical charts… And more: to date we have a selection of almost 10000 books and other products, which daily attracts a varied and curious clientele.

Sea, sun and sail lover, she sailed in the Mediterranean Sea, in the Red Sea, in the Indian Ocean and in the Pacific Ocean. She’s our nautical charts and pilot books expert!

Bookseller since ever, Simona has a great passion for literature and photography. Social Media Manager of the bookstore, she’s our picture books, fiction and children books expert!

Sea and history passionate, Alessandro manages our blog, website and the import/export department. If you’re looking for rare books, he’s the man for you!

Let's keep in touch!
Fill in the form and receive our newsletter